Three-letter airport codes are part of the alphabet soup of travel, and while some are glaringly obvious others are completely cryptic.

So what’s really in an airport code? Let’s start with some homegrown examples.

The airport codes for Sydney, Melbourne and Perth – SYD, MEL and PER – make perfect sense, being drawn from the first three letters of each city’s name. But this simple convention can’t always be followed.

For example, Brisbane is BNE instead of BRI because that code had already been allocated to an airport at the Italian city of Bari.

(Bari missed out on the more sensible BAR because that moniker was assigned to the now-abandoned Baker Army Airfield on a tiny uninhabited atoll in the Pacific Ocean).

Even when a few letters are skipped, airport codes like BNE, Adelaide’s ADL, Auckland’s AKL and Hong Kong’s HKG are still a close fit to their locale.

Other airport codes, however, step further away from making immediate sense.

Almost every traveller knows that Los Angeles and LAX are one and the same – but where did that superfluous X come from? 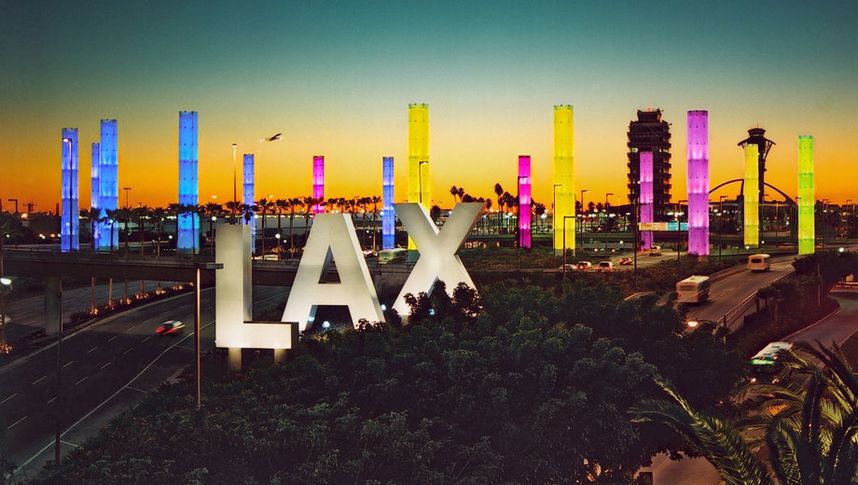 That’s a remnant from the early days of air travel when airports were referred to by a two-letter ‘weather station’ code, which in this case was simply LA.

When the growth of air travel created the need for three-letter codes, the airport’s original designation had an ‘X’ amended to ease the transition, as did Portland (PDX).

Dubai followed suit due to DUB already belonging to Dublin, Ireland – so the airport code of DXB was chosen with the ‘X’ having no meaning other than to fill out the three characters.

Closer to home, the proposed Sydney West Airport at Badgery’s Creek has already been christened as SWZ for similar reasons.

One city, many airports

In the case of London, the city’s three major airports take the first letter of the city’s name and append a two-letter code for the airport itself. That’s how we ended up with LHR for London Heathrow, LGW for London Gatwick and LCY for London City.

But even then things aren’t always consistent, with London Stansted Airport – home to many low-cost airlines – tagged as STN instead of L-something.

No, there isn’t an airport burdened with WTF, but those three letters could well represent the reaction of first-time travellers to airport codes which bear no resemblance to their location.

Beijing is a well-known example, with the code of PEK.

PEK represents the old anglicised name of Peking, which was changed to Beijing after the establishment of the People’s Republic of China in 1949.

Both Latin spellings are approximations of the city’s Chinese pronunciation, which sounds a little like “pay-cheeng”. Although the city name changed in the west, the airport code never did.

Canada throws another curveball. All of the nation’s airport codes begin with the letter Y, regardless of the city’s name.

That’s another holdover from Ye Olde Days of Aviation, but this time to do with radio transmitters instead of weather stations.

In the early days of broadcast radio the North American market was divided into three geographic zones, each carrying a regional-specific letter to be used in front of a station’s callsign.

US stations were assigned W if they were located east of the Mississippi River and K if they were west of the mighty Miss. All radio stations in Canada were to begin with – you guessed it – Y.

That at least explains Vancouver being YVR and Ottawa being YOW. Toronto’s appellation of YYZ is more of a puzzler, and came about because YTO was already assigned as Toronto’s generic region code (rather than being assigned to a specific airport).

YYZ happened to be the radio transmitter at a village called Malton, which is where Toronto Pearson International Airport is located today, so the oddball callsign stuck.

So there you have it: airport codes are a little more than three randomly-assigned letters stuck onto luggage, and sometimes there’s a bit of a story behind each one.